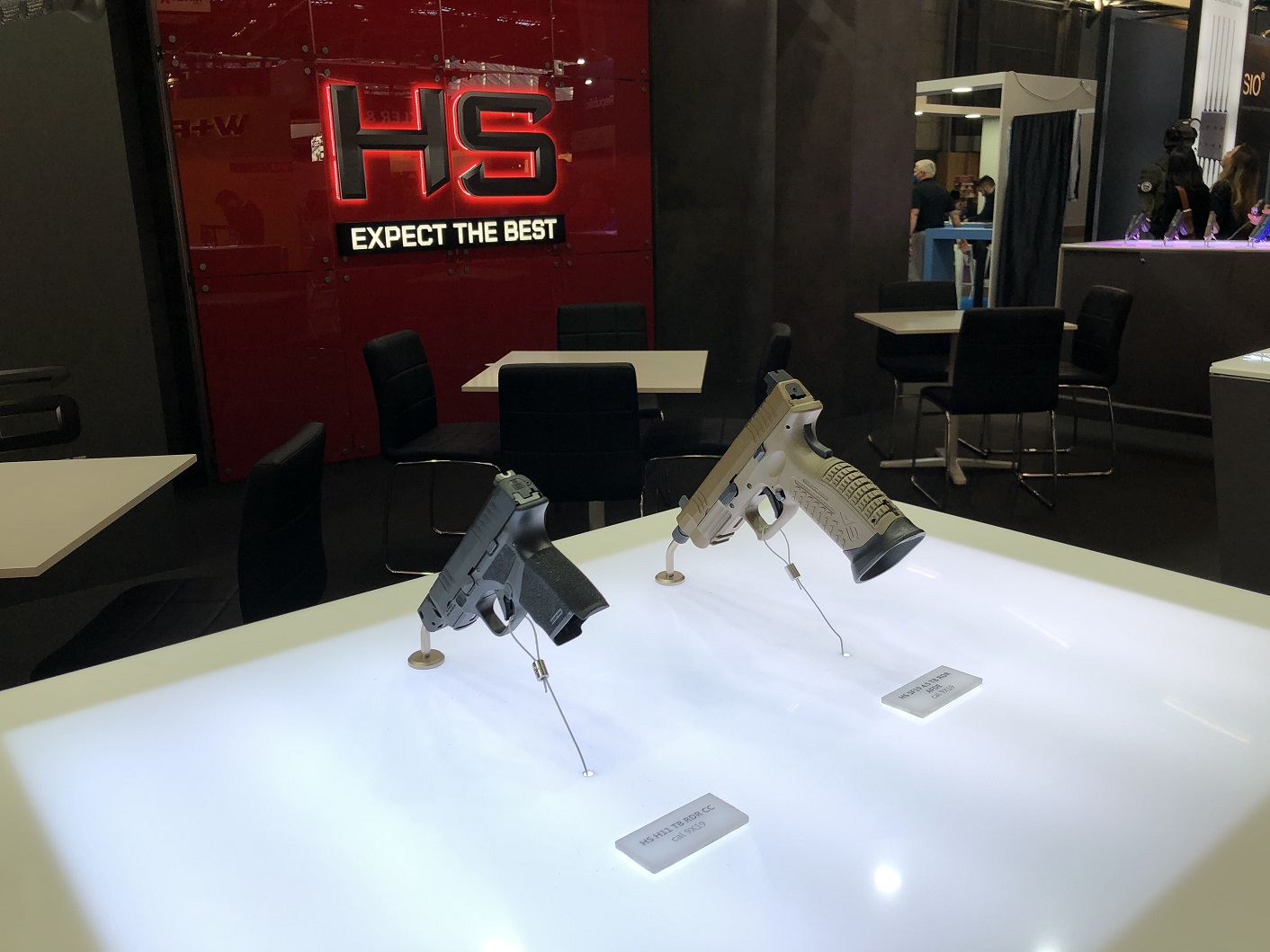 Of all Croatian manufacturers, HS Produkt arouse the greatest interest

From October 19-22 this year, the 22nd edition of Milipol Paris, the world's leading homeland security and protection fair, took place in the capital of France. It was officially opened by the Minister of the Interior, Gérald Darmanin, whose ministry is the traditional patron of the fair in partnership with the French National Police and Gendarmerie, the city police, the French Department for Civil Security and Crisis Management, the Ministry of Economy, French Customs, Interpol and others.

The opening speech by Yann Jounot, president and CEO of Civipol and president of the Milipol fairs, appropriately dedicated to the current security issues that plague most European countries, announcing a series of conferences, expert studies and thematic round tables that top international experts will hold during the fair. Fundamental attention was paid to the exchange of experiences, which through a series of talks should evaluate all the key issues of homeland security.

The limited access to pandemic measures was not reflected in the number of exhibitors, which this year was around 1,000, which is slightly less than the last MILIPOL in 2019 before the Covid crisis.

As in previous years, HS Produkt, the most successful Croatian company in the segment of small arms and light weapons, attracted the most attention among the exhibitors and within the Croatian Chamber of Commerce.

Although HS Produkt did not present new products this time, it cannot be said that it did not present some of the innovations implemented on existing models. As only next year has been determined as the year in which new HS Produkt weapon models will be presented, this year is still marked by the exploitation of the H11 model (better known in the USA as the Hellcat). This undoubtedly the greatest HS "bestseller" continues to impress both end users and competitors. Speaking of the competition, in a conversation with colleagues from Česká Zbrojovka, they very openly admitted that they are impressed by the achievements of HS Produkt and that they are simply amazed by the line of HS pistols, especially the self-defense segment and the HS11 model. Achievements in terms of capacity and manufacturing of the tanks themselves still represent a challenge for them that they cannot reach. As seemingly innocuous as this detail may seem, it should be noted that HS Produkt is one of the few, if not the only, factory that makes magazines for all its pistols and rifles entirely by itself. Namely, most manufacturers make only partially or not at all their tanks, but specialized factories that make tanks to order under their "brands" or chosen names. HS Produkt can still be proud that all weapon parts are 100% original Croatian products. Playing on the card of the great popularity of the H11 pistol, HS Produkt particularly highlighted its "upgrade" model equipped with additional equipment. The presented model was in the RDR (Red Dot Ready) version pre-prepared for accepting optoelectronic sights with a red dot and a version with a longer barrel with a built-in compensator. This version, although already presented on the American market, is a novelty on the European market, especially the self-indexing compensator, which is also a kind of innovation. Compensators, the purpose of which is to reduce the recoil of the gun and stabilize it, are not a novelty in sports weapons, but they represent a novelty in self-defense weapons. If we exclude, of course, "C" models of pistols with integral compensators in the form of holes on the barrel, which have never particularly taken root on the market. Anyone who has ever dealt with the installation of a compensator on a weapon knows how much knowledge, experience and ultimately time is required to properly install a compensator. Such operations required great mechanical precision in the processing of the muzzle thread and the compensator itself, which in the end had to be additionally fixed with a special glue for barrel muzzle so that it would not move. Taking the entire problem into account, HS delivered to the end user a model of a gun with a barrel and a compensator, which the user can remove and re-install and fasten to the barrel without any need for the professional help of a qualified person. As this operation has increased the overall dimensions of the gun by the length of the barrel and the compensator, and for all those for whom the grip with the basic magazine of 11 rounds is too small, HS also provided magazines of 15 rounds capacity. With this, the H11 left the framework of the microcompact category and entered the category of larger standard so-called "official" pistols.

In addition to the H11, in a special place HS also highlighted its model intended for special units of the army and the police, namely the SF19, also in the RDR version with a longer barrel prepared for the acceptance of compensators or suppressors, for which the gun is equipped with higher fixed sights (usually suppressors extend above the silhouette of the gun) . Among the other features of the SF19 pistol, it should be noted that it has a large magazine capacity of up to 22 rounds, complete "ambidexterity", a new "Meta" flat trigger, an extended and wider magazine wells and the AFDE (All Flat Dark Earth) color of the gun.